Check out more from Both 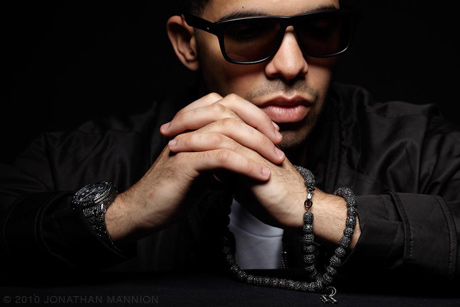 Kevin Campbell, an artist who works at a tattoo shop in Los Angeles. The same artist who inked “DRAKE“ on a fans forehead claimed on twitter that the rapper recently confronted him about the tat. Campbell told several twitter users this week that Drake sent his security guards to his place of work.

Drake spoke with Mando Fresko last month about the tattoo and expressed his less than favorable opinion of Campbell. Although the Canadian rapper said he sympathized with his fan, he added that he thought Campbell was a “f*cking *sshole”.

“F*CK YOU” to that tattoo artist by the way, ’cause you’re an asshole for real. you should lose your job and you should never do tattoos again,” Drake added.

On Wednesday, January 11th, a twitter user (@Matt_Kaleta) asked Campbell if Drake ever backed his words up with action. Campbell replied saying that he considered the matter resolved telling @Matt_Kaleta,

“guess you could call it sorted out”. When Drake recently visited LA last, he parked out front the shop and sent in his security dude.”

Campbell later replied to @f1rstofthemonth saying that Drake’s security delivered a warning, and that no physical confrontation took place. Campbell clarified the nature of the warning on Facebook where he posted,

“Drake sent his security detail into the shop to inform me that ‘nobody is going to hurt Drake in the state of California.’

What a week for Drake, if its not one thing its Another! 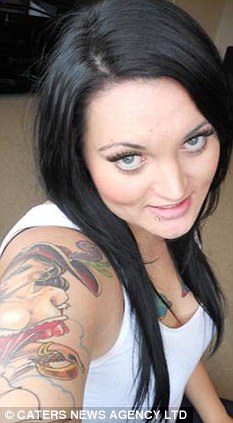 Tina Beznec posted an advertisement titled ‘YOUR Tattoo on my Bum!!‘ on New Zealand auction site Trademe.com. Within hours the page had racked up a staggering 111,396 views – with bidders already offering nearly $11,000 New Zealand Dollars. The 23-year-old, who works for a freight company, has generously offered to donate 20 percent of the winning bid to charity,but not before using the rest of the cash to pay off bills and debts.

Tina said: ‘To be quite honest I am so happy with how it is going right now. Bidders all appear to be businesses or advertising agencies, so I feel very confident that it will be something nice.

Nothing like getting your bills paid and a tattoo at the same time!!!

Rick Ross supports his favorite eyewear brand, Cazal Eyewear, with a little face “branding” of his own.

Check out more from the inspiration for the tattoo www.cazal-eyewear.com

Lil Wayne speaks on Blacklight tattoos , but not without showing off his own.

Check out more of The Best and Worst Sneaker Tattoos

Link to the Ink